On September 15, 2015, Collection Development Center (Moscow), with support from Law Practices Center (Yekaterinburg), held a press conference in Novotel Yekaterinburg Center on the topic “Bad Practices in Construction Business: Causes and Effects of Debt Problems during the Crisis”. The press conference focused on two debt problems that according to experts had arisen due to bad practice in the construction business, which manifests in failure to sign documents on work deliverables and collection difficulties. A major debt problem is connected with the Urals-wide notorious Forum-Group CJSC that has failed to pay to its subcontractors. Another example is the situation with the Moscow firm Freedom owned by Alexei Morokhovets and the development project with Mikhail Yolkin, a cofounder of OLMI chain, at the back of it.

The speakers were Dmitry Zhdanukhin, Candidate of Juridical Sciences, President of Corporate Collection Association and General Director of Collection Development Center; Dmitry Rozhkov, Director of FPG Novye Resheniya (Yekaterinburg); and Alexei Morokhovets, General Director of Freedom LLC, an innovator and a business coach. The invitations to the press conference were sent out to the regional authorities that showed great interest in the construction of Solnechny District, the project that namely generated the debt to the subcontractor. Infrastructure investments at the expense of the regional and the state budget must be controlled with due care. Such investments can be used efficiently when there are solid medium-sized regional construction companies, which, in the opinion of a customer of Collection Development Center, are currently withdrawing from the market due to non-payment on the part of Forum-Group. The information was also forwarded to the Ministry of Construction, Housing and Utilities of the Russian Federation, which took note of it, as well as to other specialized establishments. The regulatory and law enforcement authorities were informed separately as the analysis of the situation with the debts and the projects of Forum-Group might have the anticorruption component with regard to the ‘historic’ relationships of Sergey Myamin, Deputy Head of Yekaterinburg Administration for Construction, with Forum-Group.

As noted by Dmitry Zhdanukhin, General Director of Collection Development Center, the press conference would become the first step in the line of measures aimed at both solving separate debt problems and improvement of the situation with debt safety in the construction business in Yekaterinburg in general. Round tables with Center for Debt Safety of Sverdlovsk branch of ‘Business Russia’ and Ural State Law Academy (USLA) are currently under discussion. It is planned to cover certain legal steps in media: the proceedings with the Arbitration Court for Sverdlovsk Region, applications to the law enforcement authorities, the Accounts Chamber of the Russian Federation, etc. Dmitry Rozhkov, Director of FPG Novye Resheniya, underlines that the cooperation between the metropolitan and regional experts appears to be important on the most challenging and sometimes controversial debt issues that require using non-standard methods. Thanks to Alexei Morokhovets, a part of the press conference became a show dedicated to unusual techniques to fight against unscrupulous debtors. By the strong example of the situation with the development project of Mikhail Yolkin connected with OLMI / Avtorion, he showed what a single entrepreneur could do in the debt conflict setting (websites on debt problems, creative case coverage, consolidation of creditors, etc.). 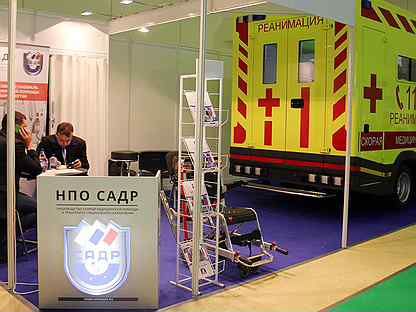